The Seattle marijuana industry is still in the infancy stages, but all signs point to longevity and success. Now that weed is legalized for recreational use the consumer base has broadened to unprecedented levels. This allows for a lot of growing potential as all legalities in the industry get worked out. Now is the time to become invested in the industry and be a part of the inevitable profits that will come along the way.

Here are the 4 main reasons why the Seattle marijuana industry has lasting and growing potential:

1. There is a Demand

It is important to realize that the Seattle marijuana industry exists in the first place, because people wanted it to. There might be a lot of conflicting information about marijuana use, but the fact is that people voted legal marijuana into legislation. This means that the demand in eth industry is real and it is just now starting to be tapped. There is nowhere to go but up as the industry starts to get its footing and begins giving consumers what they want.

Some within the industry were skeptical due to the high taxes that recreational weed users would face. However, the sales of Seattle marijuana continue to grow steadily with each passing month and data shows only upward trends in sales. The apprehension about high taxes keeping the industry down were not warranted and taxes haven’t played a big part in the Seattle marijuana industry at all up to this point. 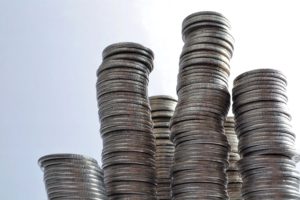 The facts due not lie and a newly released US report shows that the marijuana industry is the fastest growing industry. This growth is true for all states with legalized marijuana and the figures show that the industry is growing at high rates. The US market for legal weed rose about 74% from 2013 to 2014. This is a huge growth and is represented by growing to an industry worth $2.7 billion in 2014 from an industry worth just $1.5 billion in 2013. If the trend continues, the marijuana industry could become one of the most lucrative.

Like with alcohol, there are a few restrictions with the legal sale of weed. Consumers have to be over the age of 21 and you can’t smoke it in public places, but these restrictions are not harming the industry at all.