Deciding which state has the best weed is often not an easy argument to end, but Seattle weed is quickly gaining the reputation for being the very best. Seattle is not the only state that has legalized recreational marijuana use. Other states including Colorado, Alaska and Oregon have also followed suit, but Washington is the state that is widely considered to sell the best weed. Before you simply take our word for it, you should learn the reasons why Washington wins the debate and has cannabis that is superior to all other legalized states.

Here are the top reasons why Seattle weed is better than all the rest: 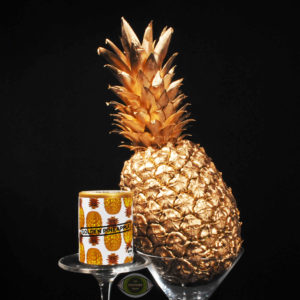 Much Stronger Weed than Colorado, Alaska and Oregon

The one thing that most users of weed are looking for in their cannabis strains is strength. Seattle and Washington as a whole are known for having some of the strongest weed in the nation. This means that you get more value for the money that you spend on cannabis. With stronger weed you do not have to use as much to have the same effect on your body. If strong weed is what you have been searching for, you can only get this level of potency from Seattle weed.

Ability to Choose Your Preference

Another reason that Seattle weed wins when compared to Colorado, Alaska or even Oregon weed is due to the wide variety of cannabis strains that exist in Seattle. There are much more cannabis strains in Washington than in other legalized states. This means that cannabis choosers have many more options and can choose a type of weed that matches their preferences perfectly. From different flavors to different levels of potency, you can choose from a wide variety of weed in Seattle that you can’t choose from in other states. Shopping for cannabis is a Seattle weed store is so much better than shopping in states with less cannabis strains.

No matter what state you buy marijuana in for recreational use, you will be taxed a high penalty. However, the original weed prices in many Seattle weed stores is much more affordable than other states. Seattle Cannabis Company is one of the most prominent weed stores in Washington and is known for selling weed at really affordable prices. You can get a great deal, which only makes the weed you are buying that much better.