Washington State was able to successfully legalize marijuana in 2012 with Initiative 512. Since then, marijuana has seen several sub-industries take off, each with potential to become billion dollar industries, propelled by the legalization of marijuana.

Cannabis users across Washington state come from cities like Seattle, where there is high demand for recreational marijuana and users are passionate about the product. With events in the area like Hemp Fest, Cannabis Cup, the Washington Cannabis Convention, and many other wide scale activities, there is plenty of support for recreational marijuana and it has played a helping hand in the development of sub-industries like hydroponics, marijuana paraphernalia such as pipes, bongs, grinders and vaporizers, and even electronic cigarettes and small vaporizer devices. 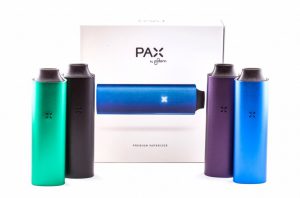 Vaporizing marijuana is preferable to smoking it. When you use a vaporizer, you’re much less likely to damage your lungs. Vaporizers heat marijuana to a very high degree, producing vapor instead of smoke. Vapor is healthier for your lungs and comparable to steam from a hot shower. Using a vaporizer is the healthiest way to use marijuana through inhalation and it’s considerably safer for long-term cannabis use. Vaporizers have become a sub-industry of marijuana, selling in increasing amounts as more states legalize cannabis.

Every marijuana users needs a way to actually use their new product. Bongs, pipes and other marijuana paraphernalia sells particularly well in states with legal cannabis. Smoke shops in Washington State have reported high sales among their smoking supplies, with tobacco and cigarette sales reaching all time lows. However, electronic cigarettes continue to sell well, which indicates more smokers are interested in safer, healthier alternatives.

Marijuana’s legalization has led to the decriminalization of hemp in Washington and many other states are considering hemp reform as well. The Obama administration recently passed a bill to legalize growing hemp for research reasons in Colorado. This is similar to how Canada implemented their hemp reform, by first researching the plant and approving it for studies at local universities before pushing for legalization. Many are seeing hemp as the next gold rush for American farmers and it may be a way to get America back into cultivation.

Washington has strict policy in place to regulate the growth of marijuana throughout the state. Marijuana growers must be state-licensed, with a very limited number of licenses available. Growing marijuana for recreational stores can be immensely profitable, but the barrier for entry in marijuana cultivation is difficult at best. Marijuana is one of the few plants that can be grown in small quantities and still provide a significant return for the grower.

Marijuana’s sub-industries are what make cannabis reform exciting for voters across the nation. There is more behind cannabis legalization than personal use and decriminalized possession. Marijuana users are passionate about cannabis tax revenue and what it can bring to their state, and the sub-industries that marijuana produces are equally exciting and very profitable opportunities for entrepreneurs. There is a lot for the country to gain from legalizing recreational marijuana and Washington State is evident of that.