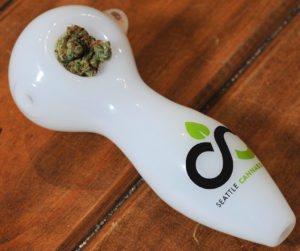 The bowl piece and carb

A marijuana pipe has a bowl piece, which is where the cannabis is loaded. Next to this bowl piece you will generally find a small hole, called a carb. A carb allows the chamber to be cleared and while smoking from the pipe, you should hold your thumb over the hole and let it go when you stop inhaling. Some pipes do not have a carb. At the end of the pipe, you will find a hole where you place your mouth to inhale.

If you smoke weed, you’re probably familiar with the various methods of smoking it. This includes pipes, vaporizers, bongs, joints and blunts. Marijuana pipes are the most basic way to smoke cannabis and if you’re not already familiar with these other methods, our next sections cover these in more detail. 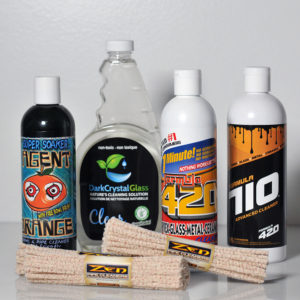 It’s important to keep the inside of your pipe clean, as this prevents molding and ensures that it doesn’t clog and become difficult to hit. You can clean your pipe by using an alcohol bath, boiling it in water or applying a cleansing solution. Many smoke shops sell specialized cleaners that are ideal choices for cleaning a pipe. If your pipe disassembles, remove the pieces and let them soak in the cleanser overnight. Afterward, clean the pipe using a cloth or other material.

There should be excess resin that comes loose. Do the best you can to clean the elbow joint, where the bowl piece connects with the stem of the pipe. This will prevent clogging. Once finished, rinse off all the pieces to the pipe under water and reassemble it. There’s nothing like smoking from a freshly cleaned pipe.

If the hole in your bowl piece is pretty big, you might want to use an extra screen. Screens are sold at smoke shops and marijuana stores and they keep your weed from falling through into the pipe. Using a screen can prevent your pipe from getting dirty and weed from getting sucked into your mouth, or worse, inhaled. Don’t use a makeshift screen, such as one from a faucet or off your screen door. Real pipe screens will last longer and won’t burn.

When you are passing a pipe, always hand it with the mouthpiece facing the person you are passing it to. Nobody wants their fingers to get burned and bowl pieces can get extremely hot. This way, it will be you handling the bowl piece and you’ll know just how hot it is. It’s common courtesy.

If you’re offered greens, that means you’re first to hit the bowl. Don’t put the lighter dead center of the bowl and flame up the entire thing. You can take first hit without turning the whole bowl to ash. Do your best to leave as much of the green intact while still getting a full hit. You can do this by putting your lighter at a corner of the bowl and aiming the flame toward one specific area. Some people call this “cornering a bowl” and if you’re good at it, you can conserve your marijuana better by doing this.

Position the lighter while inhaling – A common mistake of first-time smokers is to think you don’t have to hold the lighter to the bowl while you hit it. When you’re smoking weed, keep the lighter over the top of the bowl while you inhale, until it’s able to stay lit on its own. When weed stays lit is called “cherried” and you may even be able to pass it to someone else without them having to relight it.

A glass marijuana pipe is always preferable to metal, wood or other materials. You’ll find that almost all smoke shops and recreational marijuana stores sell glass pipes. However, glass does have some disadvantages.